While still hovering in the tourism shadow of Thailand, Cambodia is ready to burst onto the scene as a vacation destination of choice. Why choose this relatively small country over its glitzy neighbor to the northwest? Well, the following list is just 10 of the reasons that Cambodia should be considered for a special getaway!

The Angkor Archaeological Park is not just for history buffs and students of architecture. This amazing complex, designated a UNESCO World Heritage Site in 1992, combines art, structure, history and culture and invites visitors of all ages and interests to come and explore for hours.

Located just to the north of the city of Siem Reap, Angkor Wat dates back to the start of the 12th century. Originally a Hindu temple, it was built to model the universe with the tallest tower representing the fabled Mount Meru. Angkor Wat is complete with bas-reliefs, sculptures and devatas, symbols of the deity in Hindu, as well as moats surrounding the structure. It is considered the largest religious monument in the world.

Not to be overlooked when visiting the park is Angkor Thom, the last capital of the Khmer regime. Within the capital boundaries lie the ruins of the Bayon, a temple consisting of numerous towers, each with four faces carved into the sides. Slightly to the east sits Ta Prohm. Featured in the famous “Lara Croft: Tomb Raider” movie, starring Angelina Jolie, this is a more picturesque temple than the others as trees and foliage rise up between the ruins.

Cambodian people are very kind and spiritual people. An overwhelming majority of the population are practicing Theravada Buddhists. They are very respectful of their traditions, and those visiting Cambodia should familiarize themselves with some of them. Proper attire should be worn and reverential behavior used when visiting any temple sites.

Despite extreme difficulties they faced during the late 1970s, the Khmer people emerged stronger as a whole. This adds to their welcoming spirit as they embrace those who visit their country. Smiles are everywhere and visitors are greeted with a friendly curiosity. Especially on the countryside where the pace of life is slower, Cambodian people never hesitate to make you feel at home.

Those in search of a truly idyllic setting need look no further than the islands of Cambodia. Hop a ferry and head to two of the best kept travel secrets. Off the coast of Sihanoukville lie the exquisite islands of Koh Rong and Koh Rong Sanloem. These unspoiled paradises host lodging bungalows and guesthouses along with restaurants to make your stay complete. Snorkel along the Gulf of Thailand, or just enjoy relaxation like you’ve never known.

The largest body of fresh water in Cambodia is the Tonle Sap Lake. Surrounded by five provinces, including Siem Reap, the lake’s measurements change based on the rainy and dry seasons. Merging with the Mekong River via the Tonle Sap River, the lake provides economic resources for nearby residents who fish the waters and farm surrounding land providing food for much of the country.

Do not miss a visit to one of the floating villages located at the edge of Tonle Sap Lake. This is an incredible experience and an up close look at the lives of some Cambodian residents. Houses, markets, schools and even animal pens are built on stilts rising out of the water, and the only means of transportation are small boats. These floating villages portray a lifestyle few experience. The better known villages are Kampong Phluk, Kampong Khleang and Chong Khneas.

Get a true sense of Cambodian life and culture by spending time exploring the vast offerings and observing the ways buyers and sellers interact at one of the numerous local markets operating throughout Cambodia.

In the capital of Phnom Penh, the Central Market is an event. Known locally as Phsar Thmei, this market was built in 1935. Featuring a high domed center building with four wings, it houses everything from touristy trinkets to Cambodian delicacies.

Siem Reap’s main shopping venue is known as the Old Market or Phsar Chas. It offers fresh fruits and vegetables, clothing and souvenirs among other items. The Angkor Night Market lights up the downtown area. It consists of 200 huts filled with locally made one-of-a-kind crafts.

Peaceful and serene describes the Cambodian town of Kratie. Home to the Mekong River’s extremely endangered Irrawaddy dolphins, it is also an excellent location for bird watchers. Underdeveloped in terms of tourism, it has catered to backpackers in the past and now offers low budget accommodations.

The capital city of Cambodia is a fast-paced urban charmer. The hub of Cambodian life, Phnom Penh became the permanent capital in 1866. Enchanting with its French colonial architecture, the city grew considerably in the early 1870s. Known in the early 1900s as the Pearl of Asia, Phnom Penh’s history during the late 1970s was horrific. However, the city survived, flourished and is a main contributor to Cambodia’s current economic boom.

There are several places to see while visiting Phnom Penh. The Royal Palace consists of four compounds separated by walls. The Silver Pagoda is situated on the south side of the complex and contains several statues of Buddha, including a crystal one. The Throne Hall compound is currently used for coronations, weddings and religious observances. The Moonlight Pavilion is an open air venue hosting the classical Royal Dancers. The Khmarin Palace is the residence for the King and is not open to visitors.

Wat Phnom is a temple originally constructed in 1372. Centrally located, it is the tallest structure of its type in the city.

Phnom Penh was taken over by the Khmer Rouge, a Communist faction, in April,1975. They were responsible for the torture and massacre of over one million Cambodians between 1975 and 1979. The bodies were dumped into shallow graves across the country later known as The Killing Fields. Just outside of Phnom Penh, a national memorial was built in 1989. The Choeung Ek Genocidal Center honors all of the victims. The Tuol Sleng Genocide Museum is at the site of the high school turned torture chamber by Pol Pot and the Khmer Rouge.

One of the longest rivers in Southeast Asia, the Mekong meets the Tonle Sap Lake and River at Cambodia’s capital city and is vital to the country. Fish and rice paddies in and around the river provide much of the food for Cambodians, particularly in rural areas. Experience the beauty and importance of this natural resource by taking one of the river cruises offered. Many of these trips run from Siem Reap to Ho Chi Min City in Vietnam.

The beauty of Cambodia’s landscape can be appreciated by a visit to one of its national parks. Hikers will appreciate Kep National Park with its amazing scenic views.

Southern Cambodia is home to the Preah Monivong National Park. Here visitors will see Bokor Hill Station. Once a luxury resort, it was built in the early 1920s by French Colonialists in their style of architecture. The site has since been abandoned.

Virachey National Park is to the north. While much of the park has yet to be explored, the array of wildlife found there is incredible. Rare birds to exotic animals like tigers and elephants make their home here, but development is threatening to destroy this beautiful location.

Rice is a staple of Cambodian cuisine, and there are many varieties prepared in different ways. Either jasmine rice, brown rice or white rice is served at every meal. There are hints of Chinese, French and Indian influences in many Cambodian meals as evidenced in the use of rice noodles, baguettes and curry. Cambodians use many herbs and spices in their foods to enhance flavors. A source of national pride is Prahok, a fermented fish paste, used as a salty flavoring for many meals. The more adventurous may want to try something more exotic such as fried tarantulas and snakes available at the many markets across the country.

Cambodia is a developing country rich in complex history and natural beauty. It has so much to offer!

Top Experiences for the Adventurous in Siem Reap 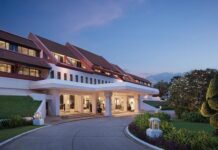