Overland travel between Phnom Penh and Siem Reap has become much better in recent years due to the main road upgrade. This journey is now much safer and easier to endure; it’s also quicker, with most options taking between 5 and 6 hours.

There is much scepticism about night buses and therefore it’s not highly recommended to travel on them due to a number of safety factors; namely theft and risk of accident due to driver fatigue.

A taxi, usually an unmarked Toyota Camry, is between $60 and $100 from Phnom Penh to Siem Reap, for private use. Expect high speed and a lot of weaving in and out of traffic. Taxis can be a very effective means of getting from A to B in Cambodia, but are not for the feint hearted.

Giant Ibis is the most reputable bus company in Cambodia; they are renowned for their safety standards and extra modern conveniences on their buses. Buses are medium size, seating around 25-30 people. They have charging ports and wifi, and a welcome refreshment. They also have a television and normally show movies on the trip. Generally the Giant Ibis bus will make two stops on the journey, one for a rest room and drinks and another where you can buy something to eat, as well as rest room and drinks. They have two drivers and a host on board, who will speak English and Khmer.

The terminal in Phnom Penh is near the night market, though if you book through your hotel or guesthouse they will pick you up at the hotel. You need to be ready around an hour before the bus departure time for the shuttle to collect you. The terminal in Siem Reap is just out of town (not far from the Angkor National Museum) and you’ll need to take a tuk tuk to your guesthouse or hotel, which shouldn’t cost more than $5, depending on location.

Mekong Express is another well-known and reputable operator that run coaches between Siem Reap and Phnom Penh. The drivers often don’t speak English, and announcements are normally made in Khmer. The Mekong Express makes two stops along the journey. There is a wifi, snacks and television, normally with loud Khmer karaoke songs and film clips, so you may want to bring your own entertainment.

The Mekong Express terminal in Phnom Penh is near the night market and if you book through your guesthouse or hotel they will pick you up and take you to the terminal. The terminal in Siem Reap is very centrally located, on Sivatha Boulevard, from here it should only be about a $3 tuk tuk ride to your hotel or guesthouse.

Capitol operates coaches between Phnom Penh and Siem Reap in a low fuss and efficient manner. You will be entertained with Khmer karaoke songs and film clips. The bus will stop at least once during the journey.

The bus terminal in Phnom Penh is near Olympic Stadium, you need to buy your ticket here and board the bus here too. The Siem Reap terminal is a short way from town near Psar Krom market; it should be about $3 or so in a tuk tuk to your hotel or guesthouse.

Check out CamboTicket to book your bus tickets online for the above mentioned companies and others.

There is a vast array of mini van services between Phnom Penh and Siem Reap and all around Cambodia, here’s a selection.

Virak Buntham have regular services to Siem Reap from Phnom Penh. If you book via your hotel or guesthouse, they will send a tuk tuk to take you to the bus station. The van has minimal customer service, but this is one of the most comfortable mini vans available. There is Wi-Fi and air conditioning and reclining seats, that actually recline so far you could probably lie down – though obviously not if you don’t want to make an enemy with your neighbour behind.  There is one stop along the way. The bus terminal in Siem Reap is along Road 6, near Rosana Broadway, so the tuk tuk ride to town will be around $5-6.

Cambodia Post have a mini van service that operates between the two cities post offices. It is purely a passenger van, not one piled up with mail! The van is reasonable and there are two stops on the way. There are two trouble spots in the van to be wary of, the seat next to the driver, which is above the engine and thus elevated, not great if you are even a moderate height, and in the back above the rear wheel, extremely cramped and uncomfortable, so do your best to avoid these seats. You need to arrange your own transport to the Phnom Penh post office and from the Siem Reap post office to your hotel or guesthouse.

VGS Express operates comfortable vans with Wi-Fi and air conditioning. There are 3 departure times per day and if you book via your guesthouse or hotel, they will pick you up and take you to the bus terminal. There is one stop along the way.

Seila Angkor are one of the most frequent services with a departure every 1-2 hours from Phnom Penh. If you book from your hotel or guesthouse, you can be collected to go to the bus terminal. There is Wi-Fi and air conditioning and one stop along the way. The terminal in Siem Reap is fairly close to town, opposite Samaki Market. It should be around $3-4 for a tuk tuk, or more if your hotel is further away.

Check out CamboTicket to book your mini van tickets online for the above mentioned companies and others. 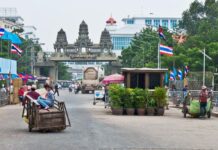 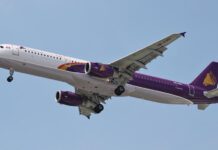 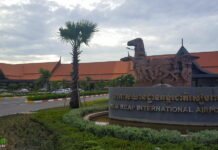